I wanted to learn how to create a plain and simple front end to serve some buttons for rest apis or azure runbooks that we are building.

This way I get a chance to learn something other than powershell and sql and others get invited to show off their skills with typescript and css to make my buttons prettier.

Disclaimer: the multi-stage docker method in this blogpost is derived from this excellent blog post by Nick Scialli.

I will install nodejs with chocolatey, the package manager for windows.

Remember that chocolatey should not run from vscode or powershell ise, but from the normal powershell, as an administrator. 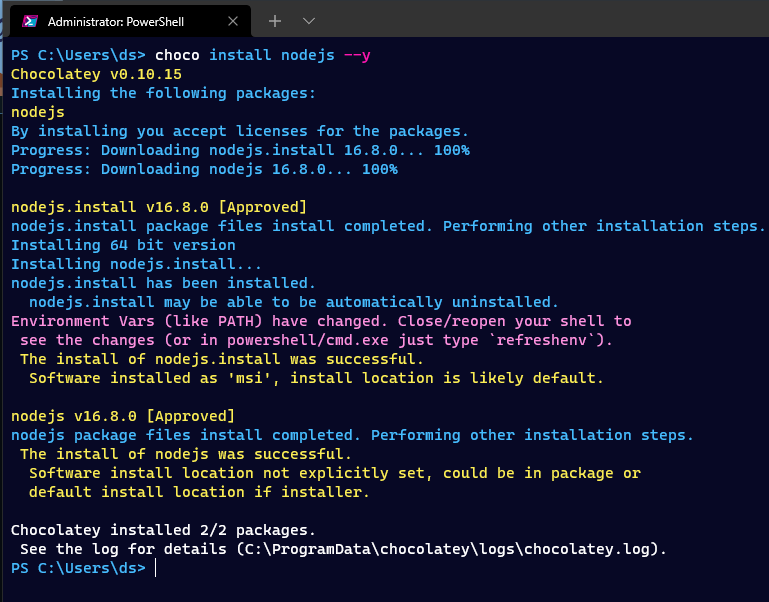 Then I will use the node package manager to install yarn

Let’s just create an empty dir, make it a workspace in vscode and make a repo out of it.

Then once we have made sure vscode can run yarn, lets just init the react application and call it react-nginx. 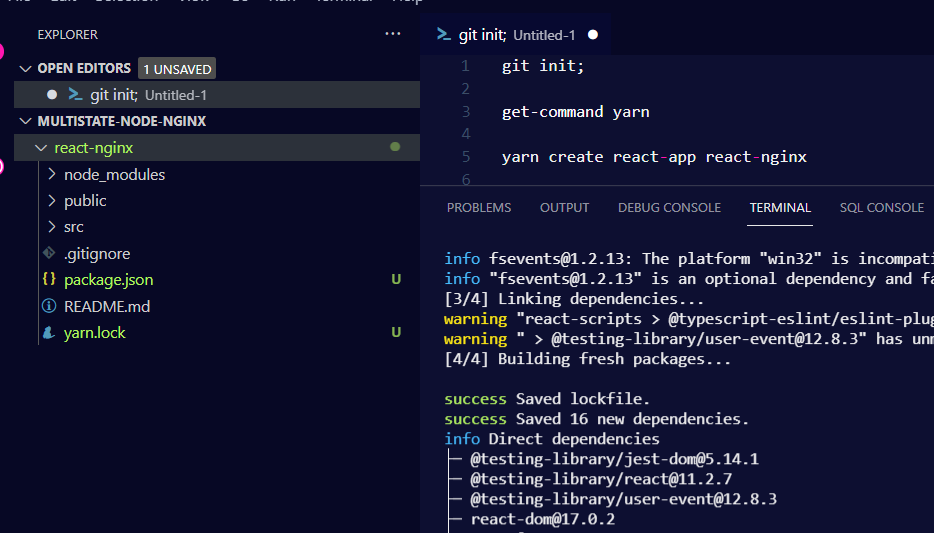 The yarn output suggests we start with “yarn start”, let’s:

That way once it is up and running on docker instead of yarn start, we can ship it to our web provider and know we get the same experience. For hosting I will use Azure web app in the future and in this blog post my little raspberry pi kubernetes cluster.

I use docker desktop on windows, it is pretty nifty.

I will create a docker ignore file for the modules and that is about it.

This part is copied over from the blog post I referenced up at the top, but I’ve specified which versions I want of node and nginx for build and for run.

Now all we need to do is build and test it out locally on docker.

The nginx service is now serving the content built with node. Sweet.

Getting ready to roll out

At this point if I was going to start to add content, I would make this my first commit.

Then I would add my gitattributes and extension recommendations.

In the future I hope to expand my knowledge of kubernetes enough that I can set up a private container registry. Instead I will opt to publish my container to docker hub and pull it from there with a simple deployment.

Now since my specific cluster is running on ARM and not x64, the images need to be built for that architecture. 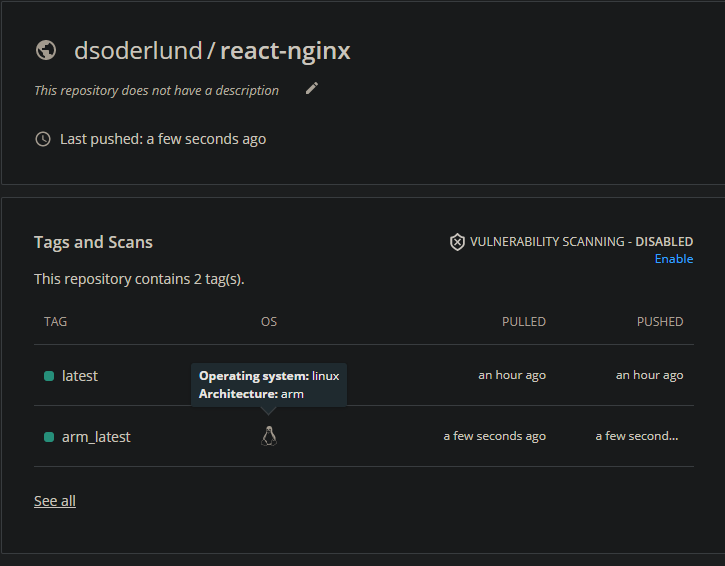 Great, now the image can be used in my kubernetes deployment.

I will as a bonus add an example of how to send instructions to kubernetes without yaml files.

Last thing, since I am doing a simple nodeport type service, I need to find what random port it was assigned

There we go, the application we wrote with node is now running on kubernetes.